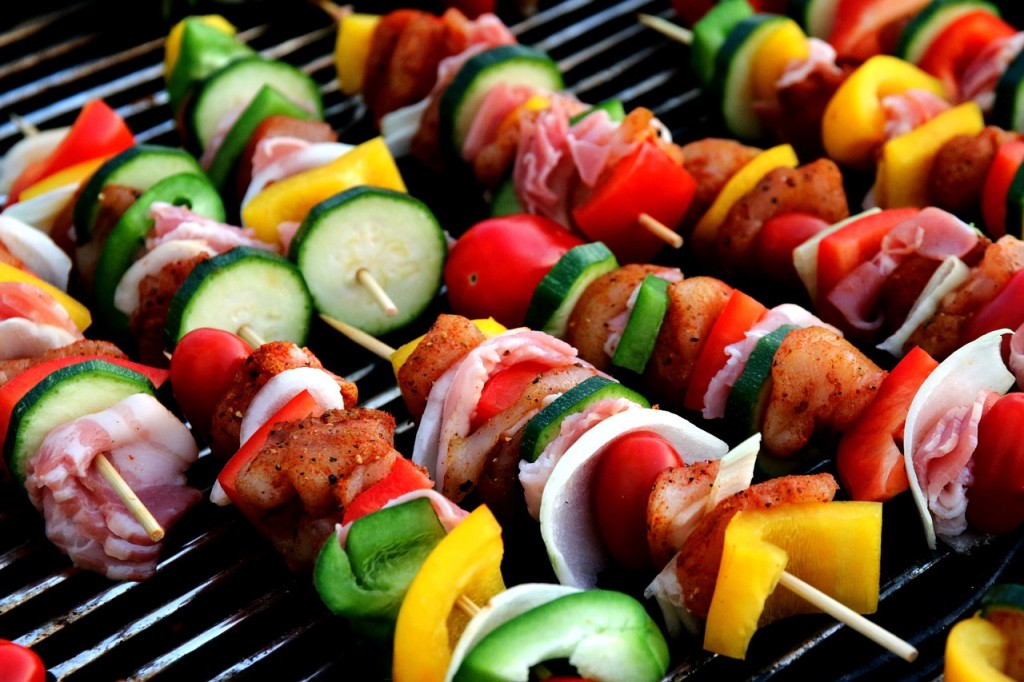 Food safety is important every single day, but when cooking and eating outside, it should be taken even more seriously. With an entire summer of picnics, barbeques and campfire s’mores ahead, the following tips from Mopfrog of Lunenburg will help ensure that your outing isn’t spoiled by contaminated food or food borne illnesses.

Cleanliness is just as important in the backyard or camp spot as it is in the kitchen, so make sure to include a small spray bottle of sanitizing spray in your gear, and use it to wipe down your food prep areas and utensils. Make a simple solution by mixing three parts water to one part distilled white vinegar and storing it in a small, portable spray or squirt bottle to use when preparing food outdoors. In addition, remember to never cross-contaminate by using the same cooking utensils on raw and cooked foods, without washing them first.

Take along a bar of castile soap and some extra water to allow kids and adults to wash up carefully before preparing food or eating. It is recommended to vigorously wash your hands for a full 20 seconds to prevent spreading germs. If you can’t see a clock, just sing the Happy Birthday Song through two times.

Contaminated ice is another way that bacteria are transferred when cooking, storing and eating outside. To avoid this, make sure that ice for drinks is separately bagged and that anyone doling out the ice has washed their hands thoroughly beforehand.

Meat that has been insufficiently cooked is a prime source of the type of bacterial growth that is capable of causing serious food borne illnesses. To avoid this risk, pack a food thermometer in your outdoor cooking gear and make sure that all raw meats, such as burgers are cooked until the internal temperature reaches 160 degrees, and poultry reaches 165 degrees.

To avoid food contamination during hot summer weather, make sure that food is kept thoroughly chilled both before and after cooking. Food that has been sitting out for more than two hours should be discarded. However, if the temperature outside is above 90 degrees, food should be thrown away after an hour. In addition, keep cooler lids closed as much as possible and restock them with fresh ice frequently to provide safe food keeping temperatures.

Just following these three basic summer food safety rules will help ensure that your family spends their summer having fun instead of dealing with food borne illness.