Shopping for groceries is one of those tasks that many of us do on auto-pilot. In fact, many consumers find themselves purchasing the same brands, week after week, without taking the time to read the labels or compare the product to others on the market. While this habit may help you race through the grocery store at top speed, it probably isn’t helping you choose the most nutritious, healthful foods for your family’s weekly meals. Making better food choices can be as easy as learning about organic food labeling and choosing fresh, healthy foods that bear this labeling. 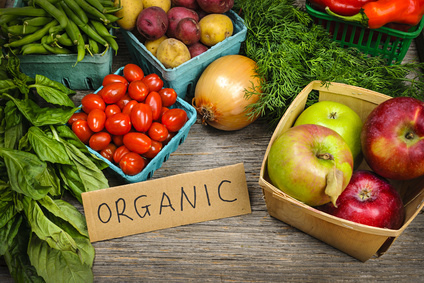 Just a few short decades ago, the organic food industry made up only a tiny slice of the market and consumers who wanted to experience the benefits living a healthier lifestyle by consuming organic foods often had trouble locating a source for them. Pressure from this growing segment of consumers helped convince the food industry to offer consumers more access and a wider variety of organically grown foods.

As demand grew and access improved, consumers often found shopping for organic foods confusing, due to the lack of a standardized labeling system. It wasn’t until the implementation of the National Organic Program through the United States Department of Agriculture (USDA), however, that a standardized food labeling program was created allowing consumers to instantly recognize organic foods in the market.

Now, more consumers than ever before are demanding access to healthful, organically grown foods. In fact, a 2014 industry survey sponsored by the Organic Trade Association (OTA) showed that 81 percent of consumers reported purchasing organic foods, at least occasionally. As this demand has grown, the food supply chain has responded and now most food markets, grocery stores and chain stores that sell food have a well-stocked organic foods section.

The USDA’s National Organic Program has created a series of easily recognizable seals and standardized label wording that consumers can watch for when shopping. The seals and wording may be attached to each item, or be prominently displayed on signage over bulk produce displays, such as large quantities of fruits or vegetables.

Taking a few minutes to learn about organic labeling will help you learn to recognize and choose the healthiest, freshest and most organic foods whenever you shop!