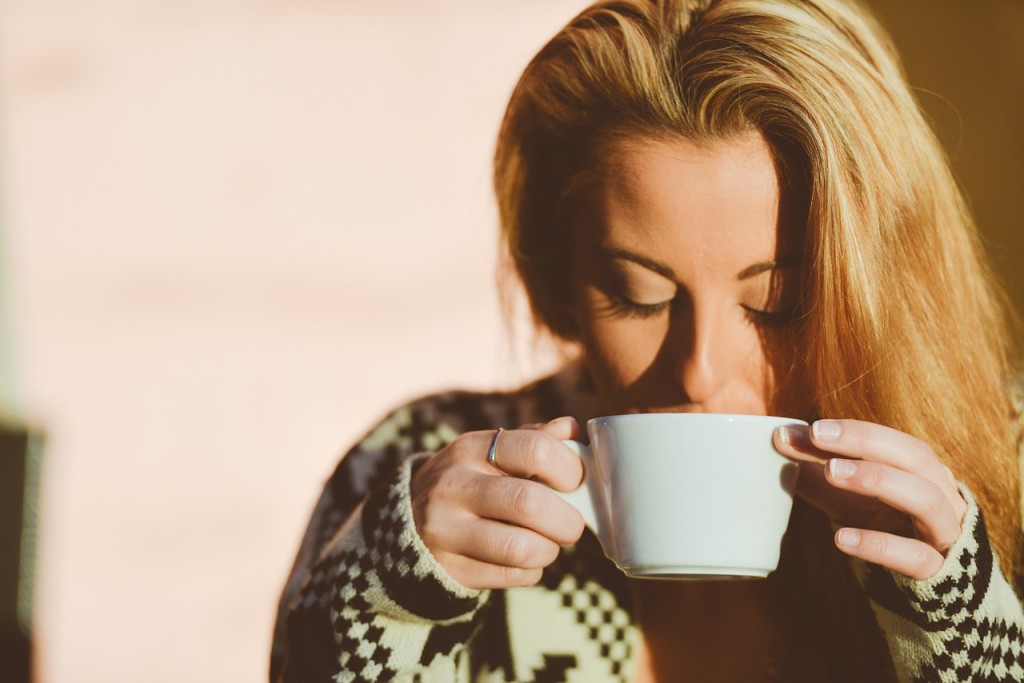 Celebrities are not the only people likely to be seen with a takeout coffee cup in their hand. Chances are the cup holder in your car or your desk at work also features a foam cup filled with some sort of coffee drink. With designer blends, custom roasts and delicious flavors and toppings, a stop at the local coffee shop is now an accepted part of the normal daily routine for most people. But is that daily coffee putting your health at risk?

The Problem is the Cup?

Caffeine has had its problems with the medical community in the past, but according to recent studies, the actual cup may offer the bigger risk to our health. Styrofoam, polystyrene and several other disposable coffee cups are made from a type of plastic that contains additives known to have an detrimental effect on human hormones. In fact, at least four of the most common ones are now known to release a chemical that the body may mistake for estrogen.

BPA-Free is Not Enough

Bisphenol A, commonly known as BPA, has been removed from many plastic resins in the past few years after studies showed it to be unsafe. This resulted in labeling for everything from disposable tableware to baby bottles as being BPA-Free. Now, however, researchers are finding that simply removing the BPA was not enough and the problem may actually lie with the plastic resin itself, or additives such as the dyes that are added to the resin.

What Coffee Lovers Can Do

Thankfully there is a way to enjoy that daily coffee without worry. Mopfrog of Brooklyn suggests purchasing an attractive, spill-proof travel mug or cup with a stainless steel or ceramic liner.

Use the cup when making coffee at home or in the office instead of reaching for a disposable cup. If you must stop at a coffee shop, take your cup with you and ask them to make your drink in it, instead of plastic. Not only will you be protecting your body from the dangers of plastic, you will also be treading a little more lightly on the earth!

Reusable To Go Cups, Styrofoam and Your Health, Styrofoam FactsDrinking Coffee in a Styrofoam Cup, styrofoam impact on environment, Ways To Go Eco-Friendlyadmin 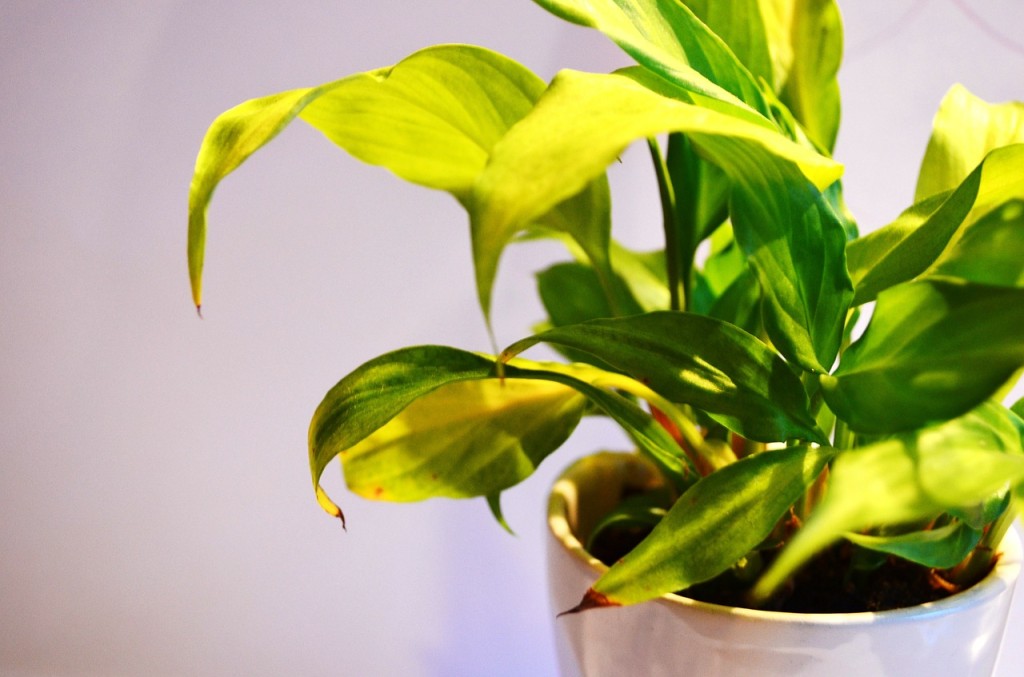 When the weather starts getting nice outside, it’s always important to open those windows and let fresh air in – especially after being cooped up all winter. Another key step to take, suggests Mopfrog, involves breathing fresh air into our homes with air purifying plants. Healthy indoor air quality is always important and with a little help from Mother Nature herself, you will no doubt find the process even easier than you could have imagined. In addition to removing carbon dioxide and releasing oxygen, as all plants do, the following houseplants were found effective at removing volatile organic compounds and mediating indoor air pollution, according to NASA’s Clean Air Study.

English Ivy is particularly good at getting rid of particles of fecal-matter that may be contaminating your indoor air quality. If you live in a smoking household, you’re also in luck – the plant has the great ability to absorb carcinogens from second-hand smoke. Best of all, this little wonder requires very little in the way of maintenance beyond the occasional watering and they’re not toxic to humans or pets.

The Boston Fern acts as a natural humidifier and also can remove formaldehyde from the area. Also not toxic to man nor beast, the Boston Fern only requires a modest amount of sunlight each day.

The Bamboo Palm is incredibly easy to care for and only requires indirect lighting. It helps filter out both benzene and trichloreothylene from the air, all while acting as a great humidifier. This plant is also more than safe around both humans and any furry friends that may be running around.

The Peace Lily is an incredibly versatile plant that is easy to care for and can remove everything from alcohols to benzene to acetone in the area. The Peace Lily unfortunately has a very high toxicity rate, however, making it dangerous to both children and pets.

The Spider Plant only requires a bit of natural light – albeit indirectly. It grows fast and only needs to be watered once every other week. Because of how effective it is at eliminating carbon monoxide, it’s great near a fireplace or in the kitchen and isn’t toxic.

Aloe requires direct sunlight and helps clear the air of formaldehyde and benzene. It’s thorns can be dangerous to pets and small kids, but the gel inside is actually a great way to heal cuts and burns at the same time.

The Gerber Daisy is one of the best, natural ways to remove trichloroethylene from the air and is also great for filtering out things like benzene. Keep in mind that it requires a great deal of light to care for, though.

Safe for both animals and humans, the Snake Plant is a great way to get rid of formaldehyde from your home. It also thrives in low light and humid conditions, making it great for a place like the bathroom.

The Golden Pothos is yet another great, natural way to get rid of formaldehyde in the air. It thrives in low light and only requires the occasional watering, but keep it out of reach of plants and animals.

Also called the Chrysantheium Morifolium, the Chrysanthemum is a great way to filter out benzene from the air, which is something commonly found in glue products. It does require direct sunlight, however, so keep that in mind. You’ll also be pleased to know that this little beauty is no way toxic to anybody. 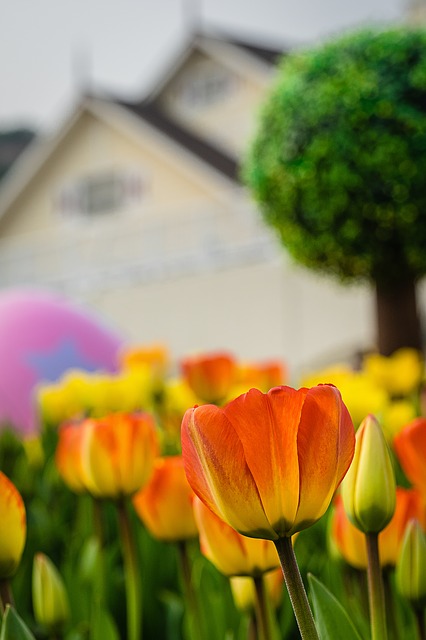 Our ancestors knew a thing or two about the importance of freshening the family home after a long, hard winter. Although scrubbing the surfaces of the home was an important part of their spring cleaning ritual, they knew that the act of clearing away the clutter of a long winter would also help improve the quality of life for everyone in the family and this concept remains true today. With an exceptionally long, hard winter finally drawing to a close, these simple steps will help you freshen and rejuvenate your home for spring.

Staying cooped up inside the home during the winter often translates into more clutter, making homes feel dreary and cramped. Just clearing away this excess will immediately make your home fresher and more welcoming for spring.

Kitchens get a lot of wear and tear, especially as families tend to gather there more often to cook, bake and enjoy comforting winter meals. To rejuvenate this area for spring:

In the Bedrooms and Closets

Bulky winter wear takes up a lot of closet space and makes bedrooms feel more cluttered. Pack away items that won’t be needed again until next year, and box up outgrown items for donation. As you sort through clothing, watch for ripped and stained items and remove them to add more usable space.

Add large pots of green plants throughout the home to add a spring time feeling and freshen the air. Choose plants that have energizing scents, such as mints and aromatic herbs in the kitchen and restful ones like lavender for bedrooms and living areas. Just seeing and smelling the freshness of a growing plant in the entry way will automatically lift the spirits of your family and friends as they enter.

Pass the Towel to the Pros

Clear away winter’s stagnant energy and easily make room for spring by hiring the eco-friendly cleaning professionals from Mopfrog to help you purge, organize and deep clean your home. Their all-natural cleaning solutions and techniques will have your home looking and feeling fresh and clean for spring!